The main idea of the project is employing an efficient method to provide a pleasant and relaxed atmosphere for someone who seek for a peaceful place far away urban spaces.
The basic idea of constructing the building in the outskirt of the city, stems from retaining the significant feature of surrounding environment which results in minimizing the occupation of the land.

We designed a two-storey villa since the customer wanted a swimming pool without any direct sight of the adjacent tall building, hence the swimming pool location is under the ground level to ensure the privacy.
Building formation.
We halved the cubic mass and overlaid two masses when we situated the beneath mass under the ground to prevent breaking up the skyline, eliminate the view of neighbours and minimize the occupancy of the land. In addition to this, we rotated the underground floor about 90 degrees to use the most daylight during a day. It also helped us to create an open green space, a swimming pool and a great balcony.
We apply the mentioned technique to have a basic and economical concrete structure.
The maximum height of the building is 4 meters which is smaller than the existed trees in the garden.
Finally, we occupy about 169 m2 (13.13) of a 2000 m2 garden which open green spaces and a garden pit in the site plan are considered.

Villa No.04 by Ahmad Ghodsimanesh in Iran won the WA Award Cycle 24. Please find below the WA Award poster for this project. 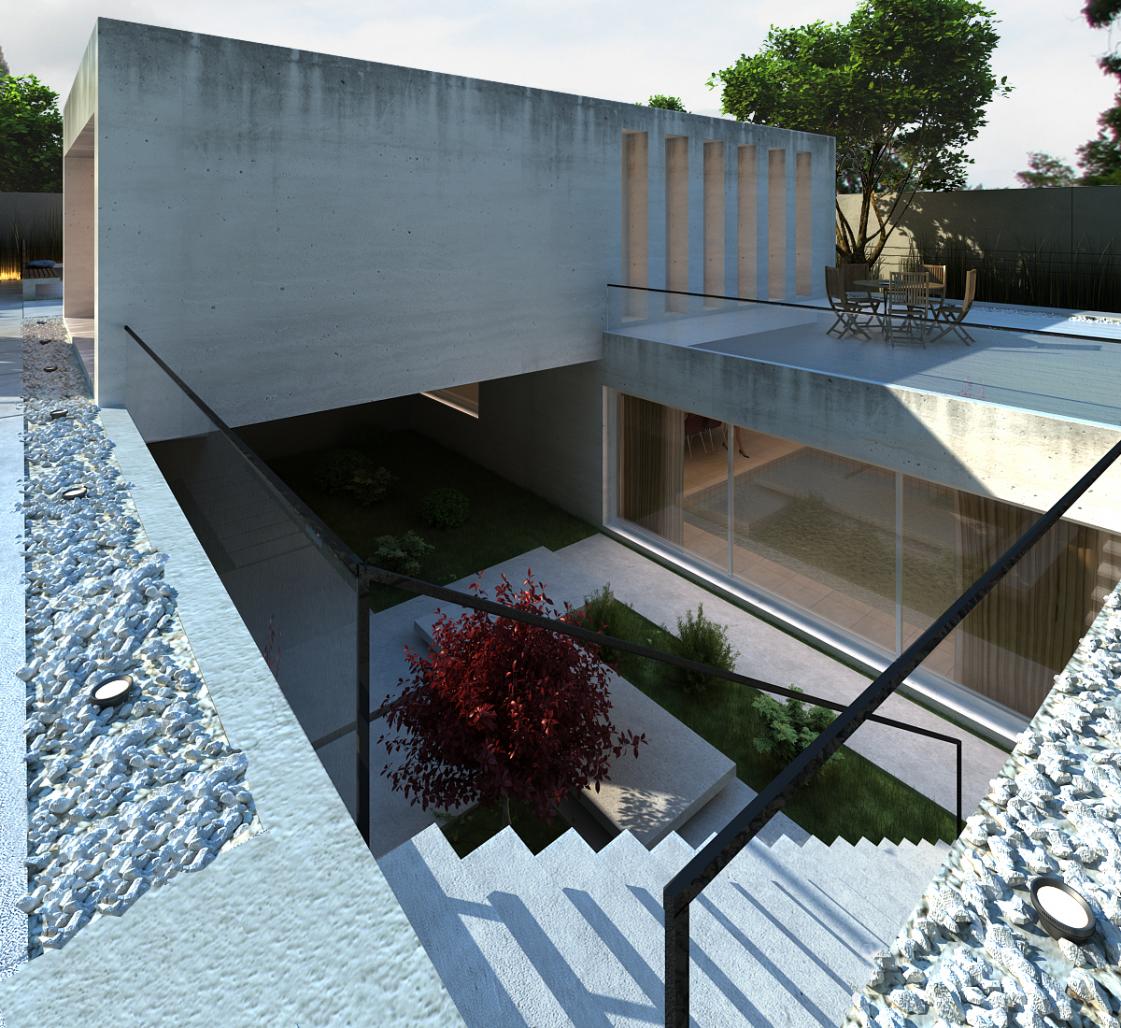